Using its official Facebook UK page HTC made everyone of its fans’ day better by announcing the first handsets that will get the Android 4.0 Ice Cream Sandwich update. The list includes model such as the HTC Sensation, Sensation XL and Sensation XE. 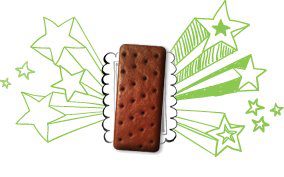 There’s also the HTC Rezound in the mix and for the USA the models HTC EVO 3D, HTC EVO Design 4G and HTC Amaze 4G were mentioned. These updates will come in early 2012, although an exact time frame is not known yet. Recently we’ve found out that Samsung also intends to update devices such as the Galaxy S II, Galaxy Note, Galaxy Tab 10.1 and Galaxy Tab 8.9.

Motorola also announced similar upgrades in the software area for the Droid RAZR, Bionic and the Xoom tablet, that will be available in about 6 weeks after Google push the update officially. Now we’re waiting for LG to make a move, since they’ve been confused lately with the Optimux 2X first denied as getting ICS and then confirmed as compatible.