Remember HTC Bravo, the Google Nexus One lookalike with similar specs? The handset just got pictured below and we’ve learned that it’ll be launched by T-Mobile UK. This high end Android device comes with an optical trackpad, replacing the traditional trackball on Nexus One, according to mobilenews. 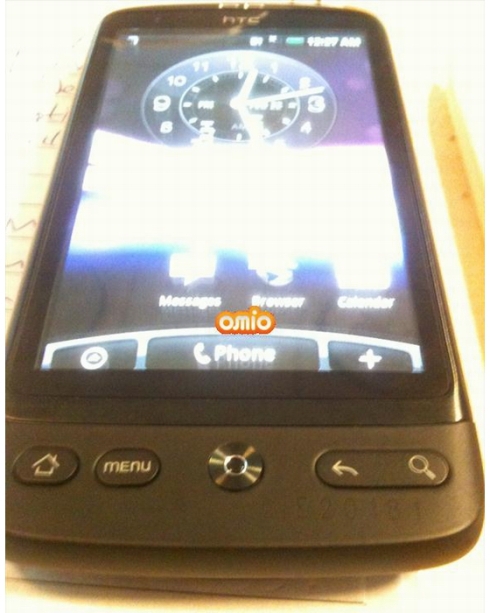 Also, last we heard, Bravo was packing a 3.7 inch WVGA AMOLED touchscreen display, a 1GHz Qualcomm Snapdragon CPU, GPS and a 5 megapixel camera. Multi-touch is also on board (on Nexus One it wasn’t), as well as WiFi and HSDPA support.

As far as the launch date is concerned, HTC Bravo will arrive in March, about the same time with the XPERIA X10 and closely after LG inTouch Max GW620. Expect it to be available for free to folks opting for 2 year plans of at least EUR 35 per month.