Back before MWC 2013, HTC was rumored to showcase a trio of smartphones, that included the M7 model, that became the One and the M4 and G2 units. The M4 and G2 have yet to become real, although some new handsets that were leaked today may be those phones. 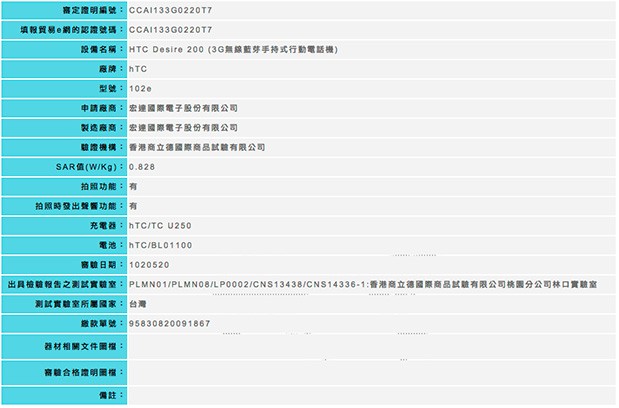 The Desire 200 is a total mystery, apart from its codename: HTC 102e. This could be the G2 model we’ve mentioned before, while the Desire 600 is less mysterious, since we know its specs: a qHD display, a 1.2 GHz chip and dual SIM ability. By the way, this model is coming to Europe soon.