The Huawei P6 ultraslim phone has leaked before, but here it is again in a fresh pictured posted on Chinese social network Sina Weibo. The device is launching next month and it’s supposed to be very thin. 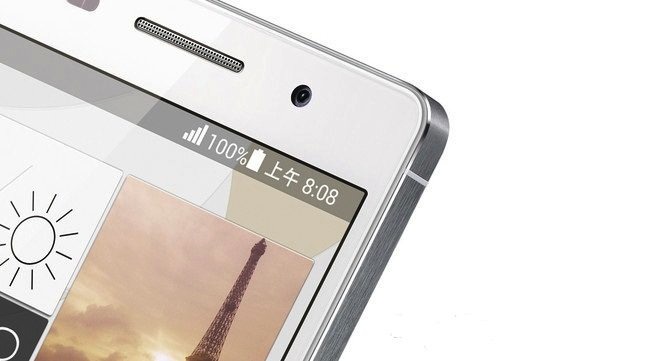 Huawei has been discussing launching the phone even back in the days of CES 2013, so this product has been long overdue. Spy photos and specifications have leaked two times till now and this is the third time. We can see here that the Huawei P6 resembles the iPhone 5 a bit, especially if you look at the alloy band circling the handset.

The sources that leaked the photo have said that the phone won’t be 6.18 mm thick, as we’ve previously heard, but rather 6.3 mm. The hardware stays the same as in the last leak: 4.7 inch 720p display, quad core 1.5 GHz K3V2 Huawei CPU, 2 GB of RAM, an 8 megapixel camera at the back and a front 5 megapixel cam.