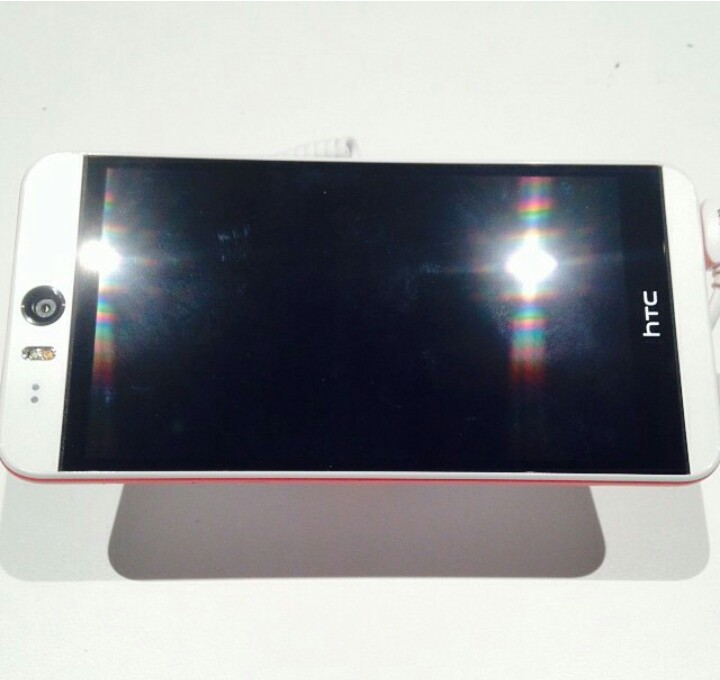 Apparently, HTC decided to unveil early its new smartphone with a potent front camera, the Desire Eye and that unveiling was done to a Russian website called Lenta.ru. This model stands out through a high resolution front camera and dual front camera flash. 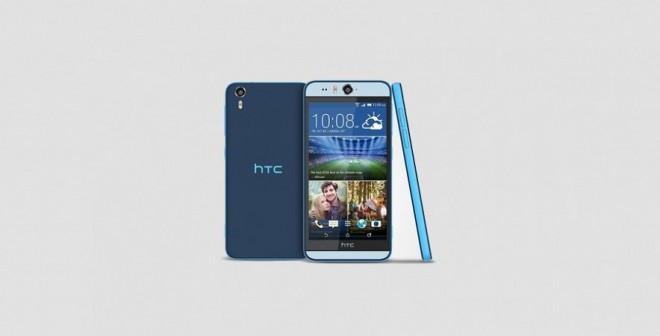 The device has been pictured this time both as an official render above and as a hands on shot below. We’ve got a 13 megapixel front shooter with dual LED flash and HTC claims that this is not only meant for selfies, but also for the growing popularity of video calls. The handset looks quite elegant, in both red and blue and it also brings special software editing features for photos and videos.

This handset relies on a 5.2 inch Full HD screen, 1 GB of RAM, 16 GB of storage and a quad core Snapdragon 801 processor. There’s IPx7 protection for the case, meaning it can work under half a meter of water. This model has a pink and white version for the girls and a blue one. Since it’s waterproof it’s probably made of plastic material, rather than metal. All we need now is an official launch, price and store date. 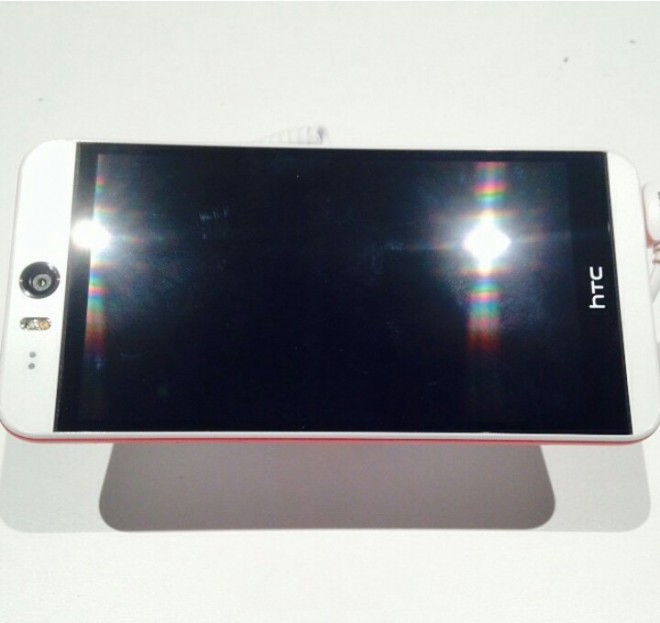