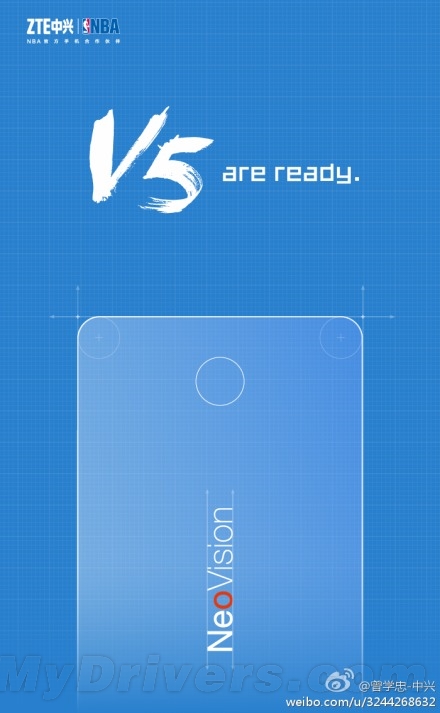 After being more or less surprised a week ago, when ZTE showed the world a phone without a camera, today we find that they’re also preparing a flagship. The product is known as the ZTE V5 and it comes with unique features, like dual 4G connectivity.

You can find its teaser above and know that ZTE wants to apply its very own Nubia UI on top of Android. ZTE’s flagship is expected to launch this month and apparently, the product is the first of a series. ZTE V5 will come with a 13 megapixel camera with OIS, it will run Android 4.4 with Nubia UI, while the rest of the specs remain unknown.

The price of the newcomer won’t be too high, since apparently it’s aimed at youngsters. If the sketch shown above is real, we’re expecting a model with flat sides and rounded corners, plus probably a solid front camera on board, judging by the latest trends. For some reason I see no flash included in the sketch for the back cam…