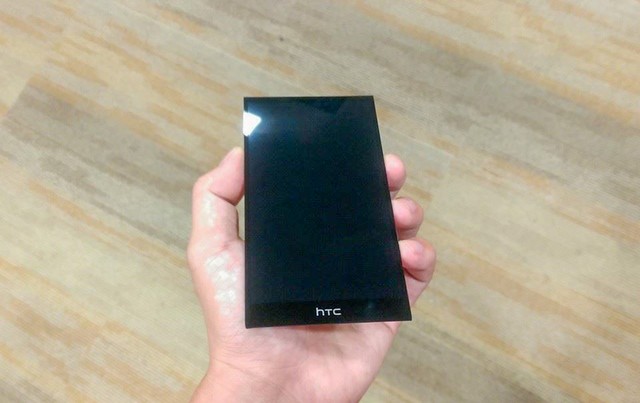 Today, October 8, is the moment when the Taiwanese company HTC has prepared for us another press event where we expect to see some new attractive products like the action camera called “Re Camera”, or the rumored HTC Desire Eye, and the HTC One (M8 Eye) smartphones.

With just a few hours before the start of this conference, a mysterious photo that reveals a display panel with slim bezels arrived online, a picture that can be admired above. As we can see, this panel is designed for a HTC smartphone and it comes with very slim margins compared to other devices launched by HTC until now on the market.

According to some rumors, this panel will be found on the HTC Desire Eye, device that was already leaked in several pictures a few days ago. This one will bring beside a powerful hardware, both a 13-megapixel front-facing camera with dual-LED flashes and water and dust certification too.

However, we don’t exclude the possibility that the panel in case to be introduced on the One M8 Eye smartphone instead, the press suggesting the fact that we’ll see both these devices launched today. It remains to see which one of these phones will pack such a panel, device that will be announced today at 1 pm PT /4 pm ET.