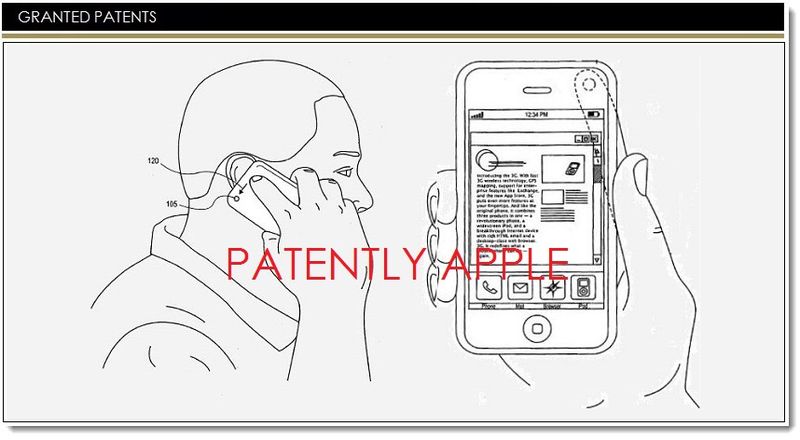 The US Patent and Trademark Office has published a new series of patents awarded to Apple, that cover new functionality for the device. The new report mentions the ability to use the iPhone’s camera as an input interface to control call features. 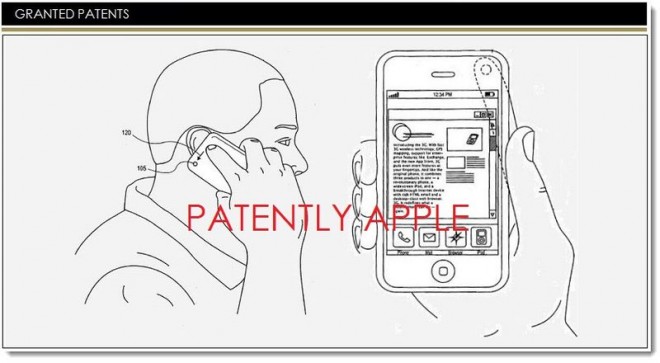 Apple’s documents mention the ability to detect vibrations and movement of the device and interpret them into handset functionality. For example, you’ll be able to swipe a finger across the camera lens of the device and control voicemail features by tapping the device. This makes it vibrate or move and these actions are turned into commands. As an example you can tap the device once to start playback of a voice message, tap again to resume playback and swipe a finger of the camera lens to fast forward playback.

There’s also the mention of putting calls on hold, multiple calls controlled by taps on the device, all of them detected via accelerometer. Finally, the document states that the user may operate a list on the screen by scrolling it via swiping vertically the camera lens. Frankly speaking, a back side touchpad would work better than this contraption and that idea was heard of before…