Announced back in the days of Mobile World Congress, HTC Desire is Nexus One’s twin, as you might be aware already, but the really interesting fact is that just now we got to see it unboxed in front of the camera. Courtesy of the Slashgear folks, we have a look at their first encounter with the smartphones. 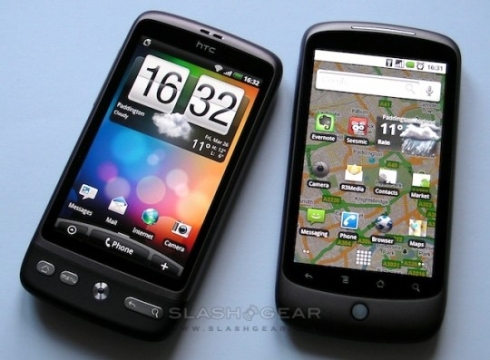 Packing a 1GHz Snapdragon CPU, just like the Nexus One, but also bringing Sense UI in the mix, Desire shows us its beautiful 3.7 inch AMOLED capacitive touchscreen, a 5 megapixel camera and we have to mention that it also supports Flash Lite. Desire is getting delivered these days, thanks to Vodafone and T-Mobile, at least in the UK.

The first impressions of the Slashgear folks are positive: the screen is bright, eye-catching, Sense moves and looks great and the smartphone doesn’t know the “lag” concept. We’re expecting the first reviews to pop up by Easter time, so stay tuned for more HTC goodness. In the meantime, have a look at the unboxing video below: