I’ve just had the chance to unbox the HTC Desire S, one of the handsets announced in February, during MWC 2011. This device comes with a design that reminds me of the HTC Legend a bit, with that unibody case and aluminum chassis. If you’re curious about what’s in the box, feel free to check out the video at the end of the article. 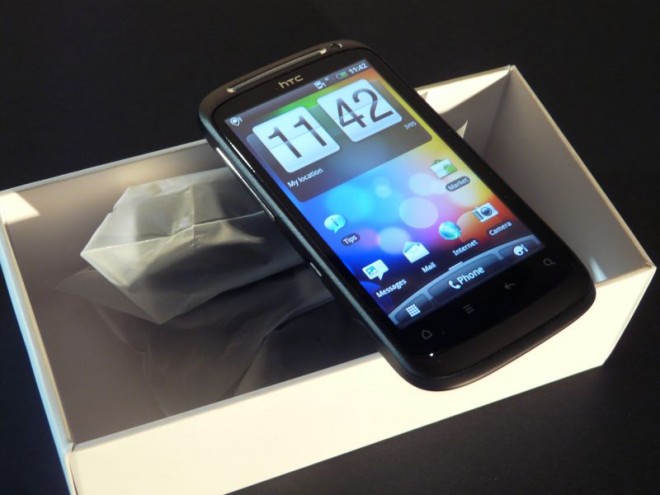 Inside the box you’ll find a ton of manuals, the handset’s charger, USB cable and headset. There’s also something you must know: HTC Desire S comes with the battery already inside, but it won’t work when you try to start it right from the box. You need to remove the lid from the lower back side to uncover the battery, that’s covered with a plastic foil, not allowing it to make contact in order for the handset to work. 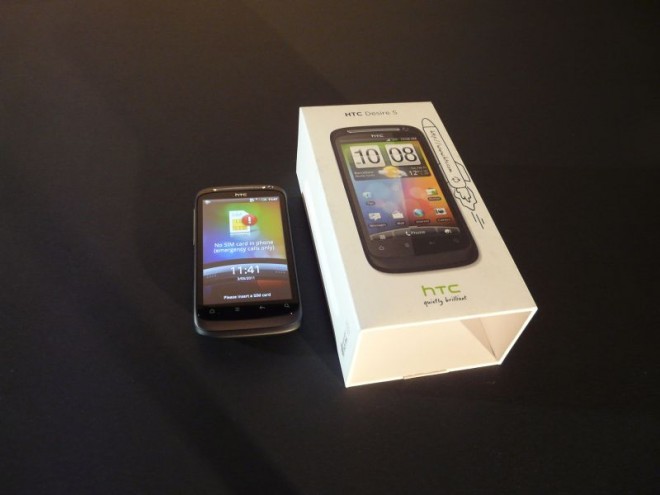 There’s a tiny mechanism here to be opened, working as a stopper for the battery, that slides out of the device. This “stopper” covers the microsD card slot and the SIM slot and it closes up easily. Quite nifty, right? There’s also a chin to be seen at the front side of the device, reminding me of HTC Magic, but more about design and features in the full review in the next days.