HTC’s new device has been rumored to hit the stores by the end of the year. Today the manufacturer considered to officially introduce the Droid DNA. The device will be available on contract for Verizon Wireless in the US. Starting today you can pre-order the device that goes for $199.99. 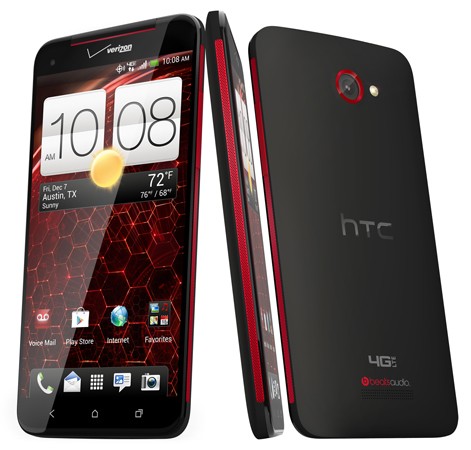 HTC Droid DNA may be the manufacturer’s fastest smartphone to date. It features a quad-core hardware configuration, with the Snapdragon S4 Pro chipset in charge of delivering the ultimate performance, and that is not even the main highlight  The Adreno 320 GPU will have to push the 1080p resolution that the 5-inch Full HD S-LCD3 display offers. The 2GB of RAM will more then suffice for apps and on the back there is an 8MP rear camera with LED flash and 1080p video recording.

On the front we find a 2 MP HD capable camera. Connectivity includes LTE, Wi-Fi, NFC and Bluetooth 4.0. There is the HTC trademark Beats Audio and 16GB non-expandable internal memory. The battery capacity is 2020 mAh with wireless charging also on board. The device runs Android 4.1 Jelly Bean coupled with HTC Sense 4+ UI. It will be available starting November 21.