Verizon finally unveiled the Samsung Stratosphere II, a handset model that has been leaking on the web ever since August. The handset is the successor of the original Stratosphere, that debuted in October 2012. The handset also adopted the Galaxy branding, meaning it fits in a higher end area right now. 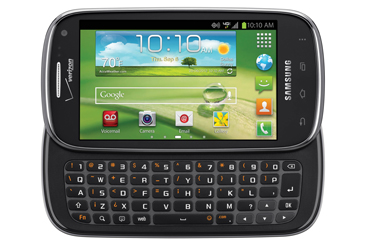 We’re dealing here with a sliding model available in Verizon, packing 4 capacitive buttons and a 4 row QWERTY keyboard, a full QWERTY one that is. This model also comes with a dual core 1.2 GHz processor, a 4 inch Super AMOLED touchscreen display with an unknown resolution (not mentioned by Samsung or Verizon). However, we can supposed that the resolution here is 800 x 480 pixels. We’ve also got 4G LTE support, NFC and Android 4.0 ICS as the OS of choice.

Previous leaks include an 8 megapixel camera, a 1.9 megapixel front shooter, but those have yet to be confirmed by Verizon itself. Samsung Galaxy Stratosphere II goes for $129.99 after a $50 mail in rebate, with a 2 year contract, obviously. The launch will go down in the “coming weeks”, according to people close to the matter.