If you’ve been dying to pick up a HTC EVO 4G unit and you’ve just learned that the device got sold out not once, but twice over the past two weeks, we have a solution for you: Best Buy. The retailer will be offering the white version of the smartphone starting July 11th, with pre-orders available from yesterday. 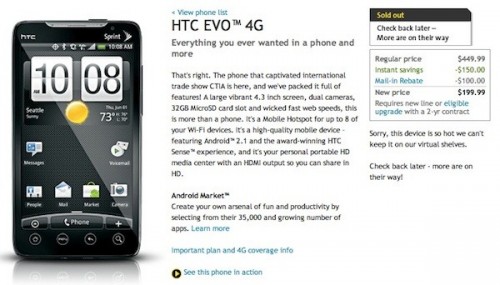 Sprint will eventually offer the white version of the EVO 4G, but only starting August 8th, while other retailer will get it in September. The price remains the same: $199.99 with a 2 year contract and there’s rumour floating on the interwebs, claiming that the device was shown earlier than we thought, during Google I/O, as proved by the following clip: