The image below was dropped by a wmpoweruser tipster and it’s more of a render than a live pic portraying HTC Firestone. The tipster also confirms the presence of a capacitive touchscreen on the device, that should be a media-oriented handset. 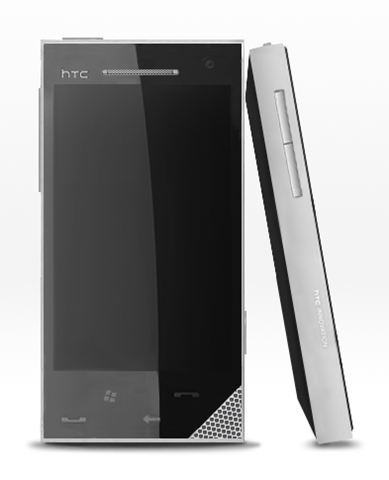 We also find out that Firestone will use an externally accessible microSD card slot (hot swap) and it’ll feature large speakers, both at the front and at the back.

This certainly looks like a render, specially because of the handset’s unusual thickness and the strange design placing the speaker at the lower corner side of the phone.