Last week HTC and Facebook announced the HTC First handset, a fresh Facebook Phone with Facebook Home preinstalled. Today, the handset debuts on AT&T, with a price tag of $99.99 on a 2 year contract. The handset has been talked about a lot lately, especially since many people didn’t even expect such a model to come. 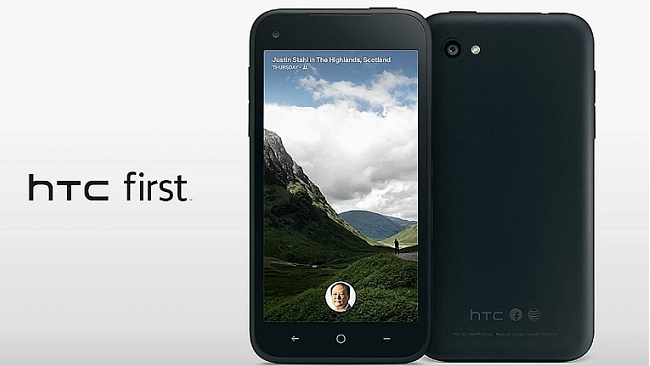 The handset comes with midrange specs, that include a 4.3 inch 720p display, a dual core 1.4 GHz Qualcomm Snapdragon 400 CPU and 1 GB of RAM. There’s also 16 GB of storage, a 5 megapixel rear camera (that first reviews said it was shabby) and you can also buy it off contract for $449.99. Facebook Home is at the core of the device, acting like a replacement for HTC Sense UI and for at least a homescreen.

Facebook Home acts as the default launcher, allowing users to be constantly in contact with friends via Chat Heads. You can even turn Facebook Home off if you want and you’ll get a stock Android experience. HTC First may seem like a bargain at this price, although for just a bit more you can get a HTC One on contract.