HTC HD2 is probably the hottest smartphone around and we’ve just found out that it was pictured officially in O2 UK’s new catalog, that indicates an October 12 release date. Last we heard, the launch date was scheduled for the 26th, but things may change over time. 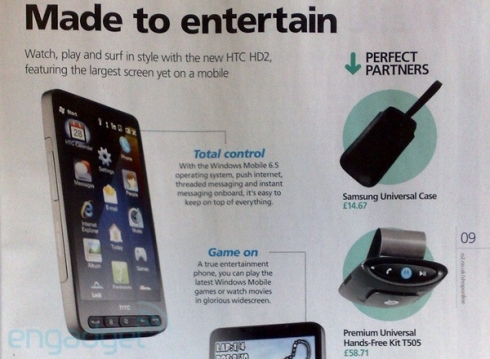 Also known as HTC Leo, HTC HD2 seems to be running Windows Mobile 6.5 with the classic UI, as shown in the picture above, although it should pack TouchFLO 3D. The main selling point of the device is its very hot 4.3 inch WVGA capacitive touchscreen display, plus a 1 GHz CPU on board and tons of RAM and internal memory to have fun with.

Gaming seems to also be an asset, together with threaded messaging, push Internet and widescreen movie viewing. 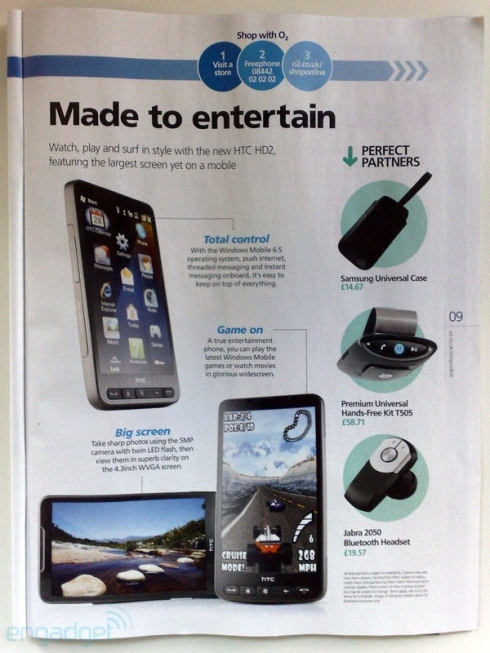