Verizon has just confirmed that HTC Imagio will be available from October 6, the official launch date for Windows Mobile 6.5 handsets, among which there’s also the previously mentioned phone. Imagio is a CDMA phone with an impressive wide VGA display, measuring 3.6 inches across. 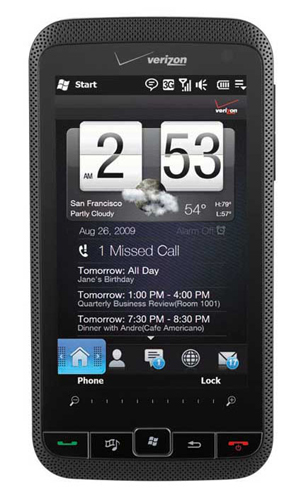 There’s also a 5 megapixel camera with autofocus on board this handset, that supports quadband EDGE plus HSDPA 2100 and incorporates a 3.5mm audio jack. TouchFLO 3D should be handling the interface side, with social networking features and the specs list ends with VCAST TV, based on MediaFLO.

HTC Imagio will be available online and it’ll reach retail stores on October 20th, for $199.99 on contract with rebates.