The folks of Gizmodo scored a Windows Mobile 6.5 handset, not that it’s hard to do that nowadays, when they’re abundant and ripe for the taking. We’re talking about HTC  Imagio, a touchscreen WM 6.5 handset with a very decent specs list, including a 3.6 inch WVGA display, a 5MP camera, GPS and more. 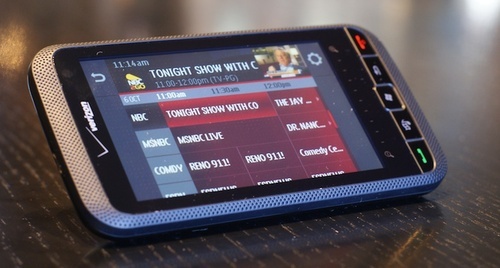 Imagio goes for $200 on contract via Verizon, after a $100 rebate. Gizmodo mentions the appealing design and large screen as advantages of the phone, plus the cool kickstand and the Windows Mobile customization done by HTC,  neat as usual. V Cast TV is also on the features list, but it’s kind of expensive, so it wont’ appeal to many users.

Too bad that there’s a 528 MHz processor on board,  handling the tasks, but you can buy stronger devices, if you want processing power. TouchFLO 3D looks incredible, while the Titanium homescreen has been replaced and Opera Mobile is handling the browser instead of Mobile Internet Eexplorer 6, which is actually a pretty cool feat.

The full review can be seen here, for extra details and the verdict. 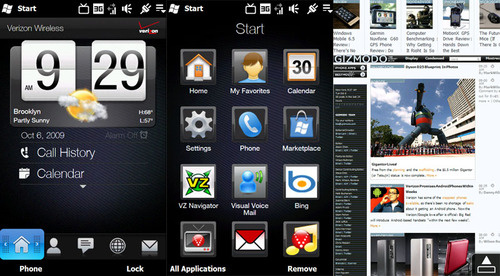 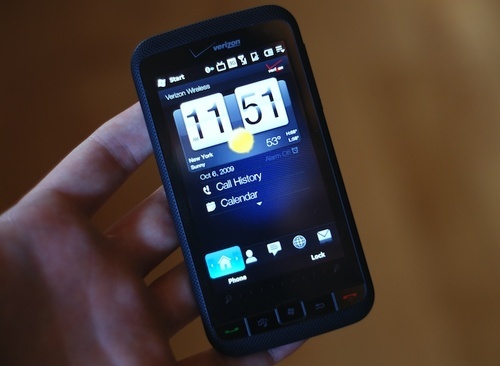