HTC Incredible is back to show us its face, this time in pretty interesting color pattern, specially on the inside (red-ish). If you’re into Android devices or you’re a Verizon fan, you might find this smartphone interesting, specially since we’ve found out a bunch of its specs. 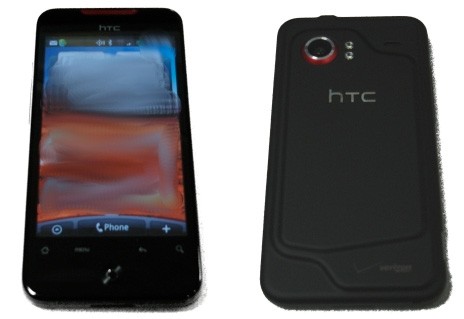 The handset should use about 512MB RAM, of which 320MB will be available, about the same as on the Nexus One. Incredible apparently sports an 8 megapixel camera, surprising for a HTC device, but also pretty impressive. The Snapdragon CPU on board was underclocked to 768MHz for some reason, most likely to save battery.

Android 2.1 runs the show on the phone, together with HTC Sense and we also found out that the case measures 117.5 x 58.5 x 11.9mm, thicker and shorter than Nexus One’s. Rumour has it that this device will hit the market in April or May, so we’ve got some waiting to do.