Samsung has just announced its plans to unveil new technologies at CTIA Wireless 2010, taking place between 23 and 25 March. Among the new products there’s also something called “S Life”, that the company calls “as much a feeling as it is an incredible achievement” and apparently it’s based on simplicity and technology enrichment. 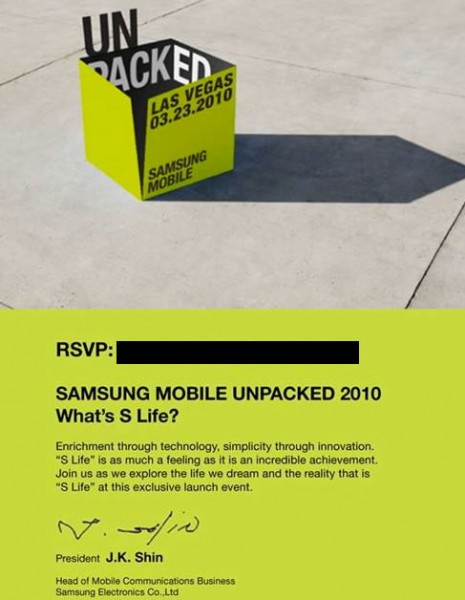 This is part of the Samsung Unpacked series of events, so the product could be a new smartphone, maybe one based on Bada OS. During these events, the company unveiled handsets like Samsung Jet S8000 or Samsung Wave S8500. Samsung S Life will be shown on March 23 in Las Vegas, so we’ve only got about 11 days of waiting time.