Home HTC HTC Is Working on a New Phone Called One ME9; First Picture... 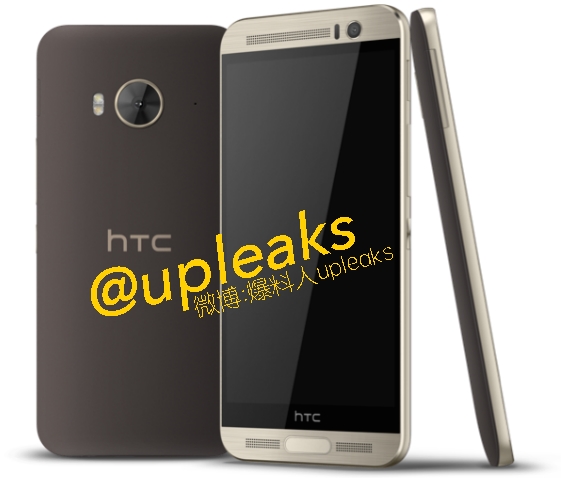 In the last couple of months, HTC released several smartphones, and not just mid-ranges phones, but high-end products that are sold for high price tags. After phones like One M9, One E9+, One M8S, or M9+, now it seems that HTC is working on a new device called One ME9. This one was recently revealed by @upleaks in a first picture that is showed up below.

We notice that the phone is a combination between One M9+ and One E9+, with a fingerprint scanner placed under the home button. Apparently, the phone will bring a 5.2 inch WQHD display, an octa-core Mediatek MT6795 processor clocked at 2.2 GHz (on 64-bit) and 3 GB of RAM memory.

Other specs include 32 GB space of internal storage, a 20-megapixel rear camera with Toshiba T4KA7 sensor,  a 4 or a 13-megapixel front-facing camera and stereo speakers with Dolby Audio technology. There’s Android 5.0 Lollipop and a 2.900 mAh battery in the package.

We’ll get a fingerprint scanner, a microSD card slot up to 128 GB and Sense UI. HTC One E9 will arrive in a case with metallic frame and polycarbonate back cover. According to the @upleaks Twitter account, this smartphone will hit the market in July.