HTC First may be the talk of the town now, but before MWC 2013 there was a bunch of HTC phones that were supposed to be coming soon. Sources were talking about a trio, just like last year’s HTC One X, One S and One V. This year it was supposed to be the HTC One, HTC M4 and G2. The M4 gets pictured today: 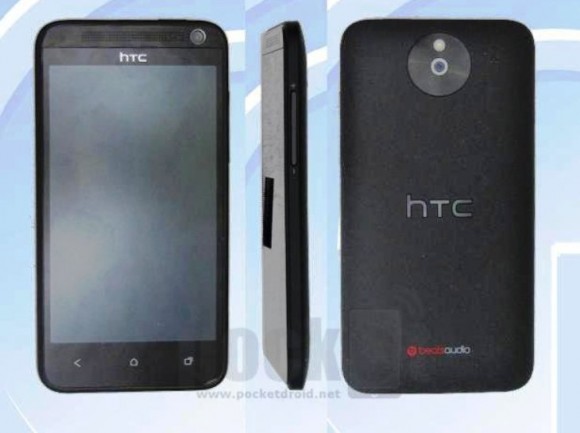 So, basically the phone is just like the HTC First, only without the Facebook love and the Facebook Home thingie. Also, a welcome extra is the ultrapixel camera borrowed from HTC One, although I supposed it’s an inferior version. The device has the same looks, size and the same display as the HTC First, so it may be a version of it. HTC M4 relies on a Snapdragon 400 1.2 GHz dual core CPU, a 4.3 inch 720p display and a HTC Ultrapixel camera.

The handset packs GPS/Glonass, 16 GB of ROM, 1 GB of RAM and WiFi 802.11 a/b/g/n, as well as Bluetooth 4.0 and Android 4.2.2 with HTC Sense 5.0. I don’t think that the handset pictured above has the making of a hit, since it seems rather bulky and massive. Also, the camera area looks ugly… Will it cannibalize the HTC First?