There’s a fresh Apple patent out there, one that was published on April 4th 2013 by the US Patent & Trademark Office. It refers to a new quick access feature, that allows the user to access a set of applications that don’t require to enter an unlock security code. 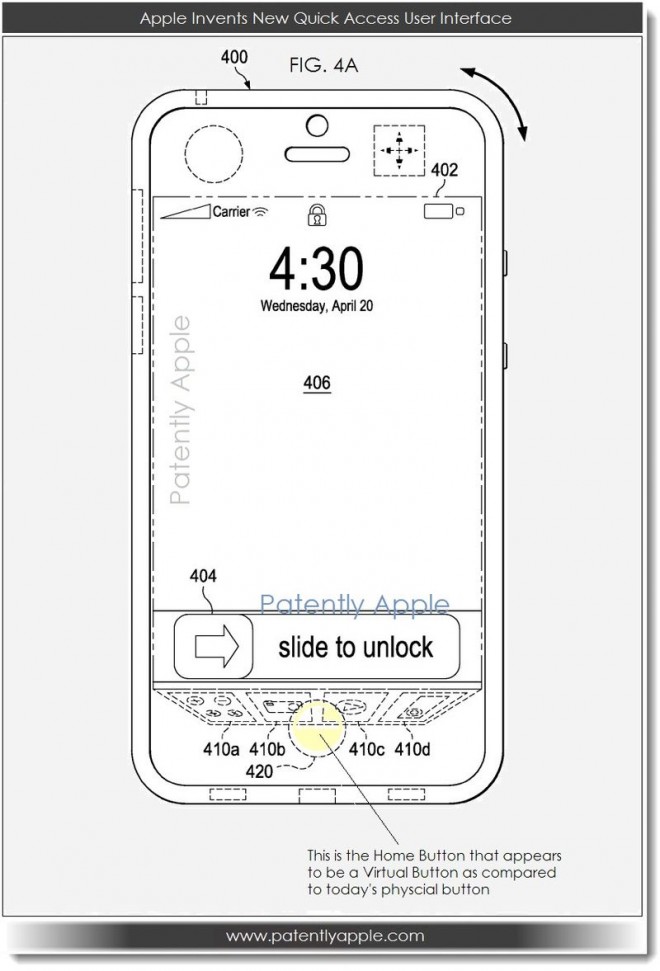 The interesting bit is that the new UI offers an animated feature that will roll the Unlock slider and reveal a bunch of rows of apps. The other interesting part is that this patent application also shows a new virtual Home button, that will increase the UI screen estate. Could this mean that the future iPhone and iPad will give up the physical Home button?

The strange thing here is that this method of accessing apps even from an unlocked device comes fresh after the Xperia Z was found to have a vulnerability in this area. Although it was locked by password/pattern on the lockscreen, with some fumbling around, the user could get to accessing the device. If Apple offers you the option to avoid the security unlock and access some Quick Apps, doesn’t this open the door to some potential exploits that will bypass the security system of the lockscreen? 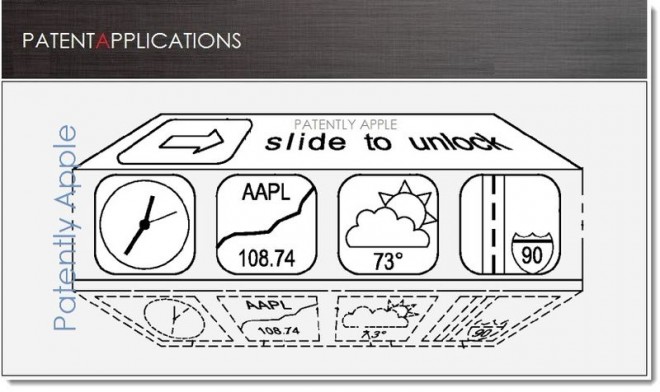