Remember the leaked Windows Phone 7 ROM that was dissected by the folks of XDA Developers? Apparently, it included some pretty interesting info and the following image, extracted from the “oemavatar.cab” file. It shows either the brand new HTC Mondrian smartphone, or a generic Windows Phone 7 image. 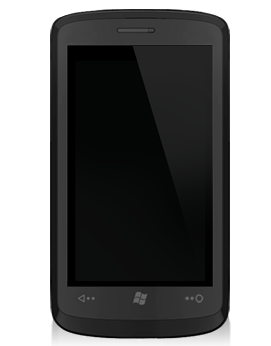 In case you’re wondering, the name Mondrian is a tribute to a Dutch painter, who focused his art on square blocks, much like WP7’s Metro UI. Back to HTC Mondrian, this device seems to feature a 4.3 inch WVGA touchscreen display by Optrex, as shown by the ROM file analyzed by specialists.

Also, the file mentions a Snapdragon QSD8650A/B 1.3GHz processor from Qualcomm, a chipset that supports multi-mode UMTS and CDMA 3G connectivity. There’s also a digital compass on board of this device, but nothing was confirmed just yet, so the grain of salt is there.