HTC One has reached China in a very interesting version, one that sports a microSD card slot, dual SIM ability and a removable back cover. This is unique for this part of the world and from what I’ve heard, we won’t see this version anywhere else. 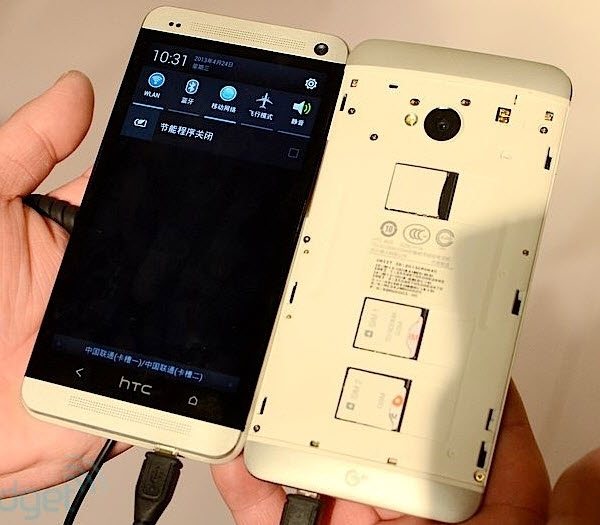 The device comes in 3 separate versions for local carriers: 802W for China Unicom, 802D for China Telecom and 802T for China Mobile. The rest of the specs are the same with the international versions and although the back cover can be removed, you can’t remove the battery. The removable cover does have an advantage, which is the possibility of customizations, through other back covers.

To adapt to that HTC launched a Lee Horn limited edition HTC One, retailing for $790 off contract. For now we don’t have any subsidized prices yet, but we do know that HTC One will go on sale the day after tomorrow in the local HTC Online shops in China. Are you getting one?