The BlackBerry Z10 is one of the hottest looking devices on the market, that many people say it served as inspiration for the HTC One, since the two are so alike. The device goes for $199 on contract or $699 free of commitment. It was announced and launched in January 2013 and it debuted with BB 10 OS. 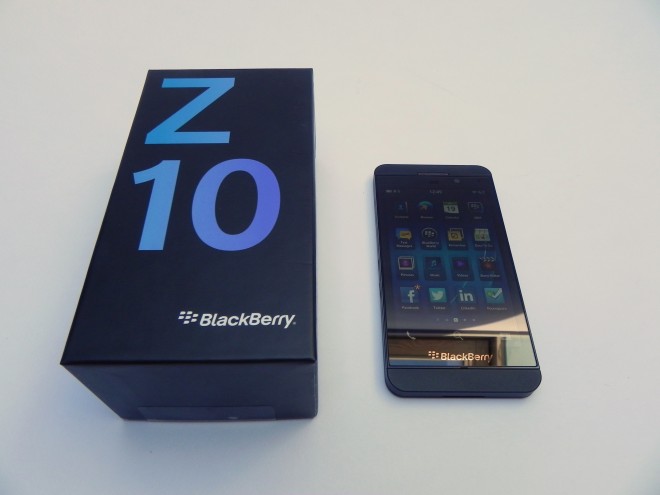 The device took its time to reach Europe, that’s why we’re reviewing it so late. The handset comes with a microSIM card slot, a chassis that’s 9 mm in thickness and the device weighs 137.5 grams. Other specs include a 4.2 inch display with a 768 x 1280 pixel resolution, a microSD card slot, 16 GB of storage and 2 GB of RAM.

There’s also HSDPA with 21 Mbps connectivity, WiFi, Bluetooth 4.0 and NFC, as well as microUSB 2.0. At the back we’ve got an 8 megapixel camera, with autofocus, LED flash, geotagging and face recognition. There’s also image stabilization, Full HD 30 FPS video capture and a front 2 megapixel camera is here as well. Inside the device there’s a dual core Qualcomm Snapdragon with a 1.5 GHz frequency and an Adreno 225 GPU.

Finally, we’ve got a Li-Ion 1800 mAh battery inside, good enough for 10 hours of talk time. We also showed you some of the gestures used to control BB 10 OS, but more about that in the unbox video below: