Before Google I/O 2013 started there were some rumors regarding a HTC One version with clean Android on board, without HTC Sense 5.0 on top of it. Then came the I/O event where Google introduced the Samsung Galaxy S4 Google Edition and no trace of the HTC One GE, but today it becomes real. 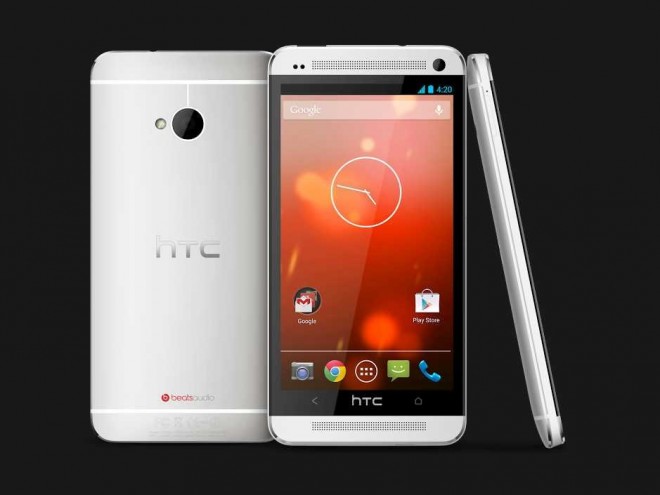 Google has just announced the clean Android edition of the One, priced at $599 and hitting the Play Store on June 26th. Specs stay the same and only Android is available without the HTC Sense 5.0 UI on top. The announcement was made at the All Things D conference by Android and Chrome OS chief Sundar Pichai. HTC One ships with Android 4.1.2 right now, plus a bunch of customizations including the BlinkFeed screen for social networking in a Flipboard style.

You should know that GE HTC One will only be sold via Google Play Store and in case you don’t dig the $599 price tag, you can spend $199 for the regular HTC One on AT&T. The Google Edition phone is available unlocked and comes with the usual 4.7 inch Full HD display, quad core Snapdragon 600 processor, Ultrapixel camera and 2 GB of RAM.