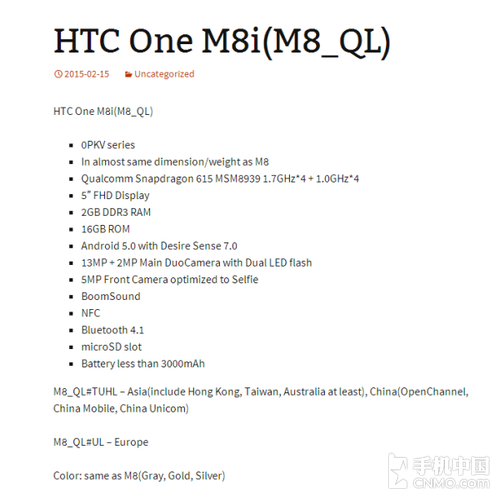 Up until now only the HTC One M9 and the HTC One M9 Plus have leaked on the web, with no other new HTC model popping up. Today we catch a glimpse of what may end up being the HTC One M9 Mini or better said HTC One Mini 3, if the naming pattern is kept. 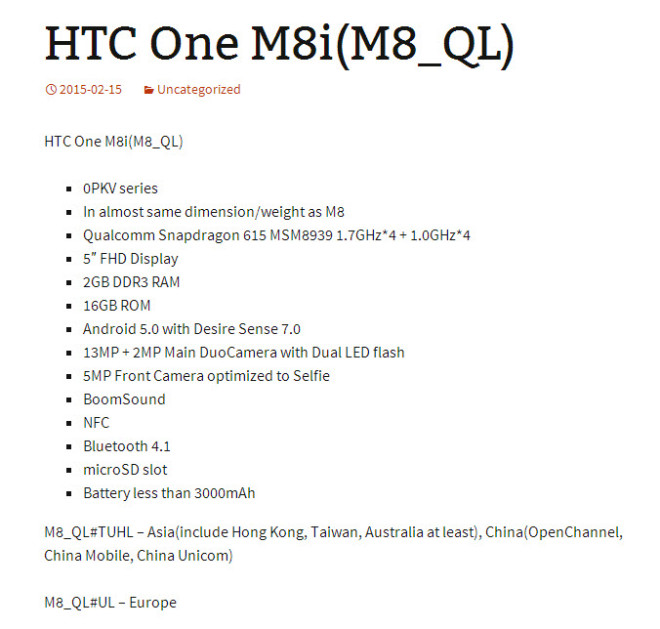 The device is only dubbed HTC One M8i for now, since that’s the codename it leaked with. This unit is expected to have almost the same weight as the M8 and rely on a Qualcomm Snapdragon 615 processor, as well as a 5 inch Full HD screen, 2 GB of DDR3 RAM and 16 GB of ROM. The handset comes with Android 5.0 with the brand new HTC Sense 7.0 on top and a combo of a 13 MP camera plus 2 MP camera, creating a back Duo camera.

Upfront there are BoomSound speakers and a 5 MP selfie shooter. The battery should have a capacity of less than 3000 mAh and the M8i will come in gray, gold and silver. Bluetooth 4.1, a microSD card slot and NFC are also here. Will the case be made of plastic or metal?