The HTC One X was probably the most interesting handset from HTC at MWC 2012 and as you may know already, it will have two versions: one with LTE and dual core Snapdragon CPU and a quad core Tegra 3 unit. The dual core one is meant for AT&T launch and this one has been spotted in the wild, in a series of recent tests. 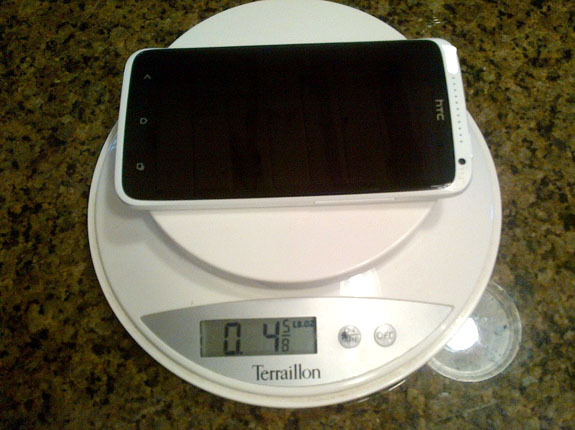 The image above is a photo taken by an AT&T tester, that confirms we’ll be seeing the Qualcomm Snapdragon S4-based version of the phone pretty soon. This model also has 16GB of internal storage and it manages to beat the Galaxy Nexus in benchmarks (Quadrant and browser benchmark Vellamo). There’s also the appeal of the 8 megapixel camera and the new Imagesense software, that’s expected to create some great pics. The latest rumors say we should expect a May release for this phone, apparently.

HTC One X runs Android 4.0 with HTC Sense 4.0, comes with a 4.7 inch 720p S LCD display and a front 1.3MP camera. There will also be a Sprint version of this phone, one that will be launched during a rumored Sprint + HTC event in early April. While the USA is supposed to wait for a May release, in Europe, UK the device will debut around April 5.