HTC One X has been the subject of many changing rumors, from the naming of HTC Edge and Endeavor to a bunch of specs that were uncertain. Now everything has become clear and we’re dealing with a Tegra 3 phone with a big display and the design that you can see in the press pic below. 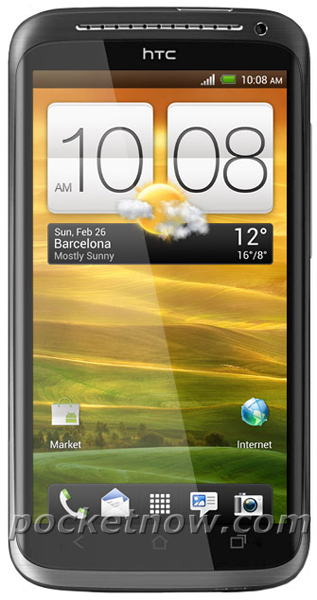 The quad core phone will be shown in Barcelona at Mobile World Congress and we’ll be there to cover it. The former Endeavor, now One X uses a 4.7 inch 720p display, so it should provide a crisp view on the HTC Sense 4.0 UI applied on top of Android 4.0. I’m certain that this will remain the HTC flagship for a while now, maybe for half of this year or maybe the entire year, just like HTC Sensation in 2011. We’re also expecting an 8 megapixel camera here, 32GB of storage and HSPA+.

It’s interesting to finally see a 4.7 inch smartphone that’s not hugely wide, since the Sensation XL and Titan felt a bit too wide for my taste. It seems that HTC worked on that aspect and they also adapted to the Google Android 4.0 requirements, by implementing those capacitive buttons.