It’s been a while since a big phone maker gambled and launched an original form factor like a sliding phone or a dual display phone, but according to a recent patent, HTC is preparing something that combines the two formats. A recent patent showing a dual display slider phone from HTC appeared on the web. 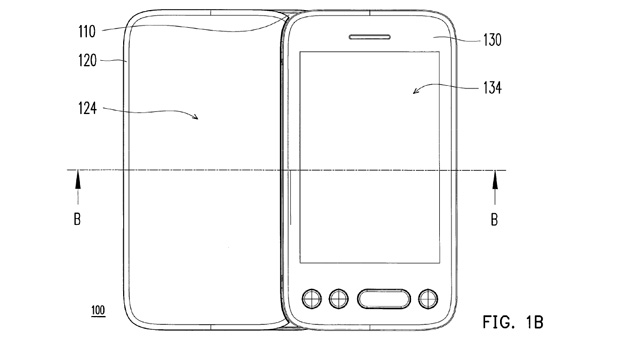 Of course odds of this model ever making it to production are less than 1%, in spite of the HTC Touch Pro nostalgics. We see Kyocera and NEC with similar dual display setups and they didn’t register any sort of success, did they? All the tech editors pretty much make fun of NEC and its annual prototype with dual screens at CES and MWC, so the it never makes it to the market.

HTC is certainly not in the position to make experiments, with their current shaky financial situation. The patent here seems to show a mechanism that moves a hidden second screen into place, tilting the unfolded setup so that it will form a united display made of the two parts.