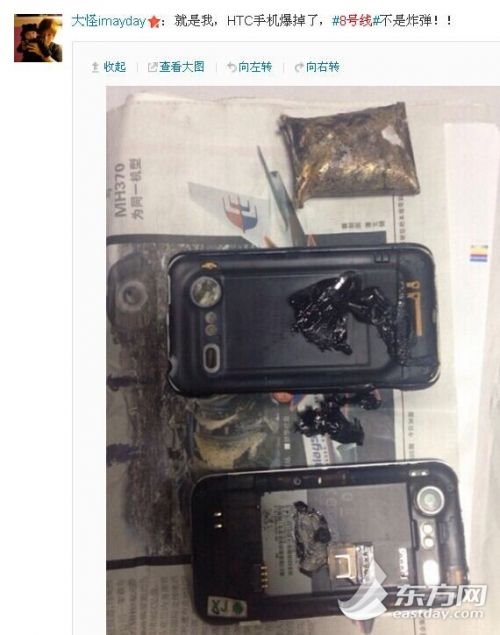 Today during an usual ride with the Shanghai Metro Line 8 a passenger’s cellphone exploded, leading everyone into a panic and running all over the place. The subway car was quickly evacuated and everyone described a pungent smell coming from the device that blew up. 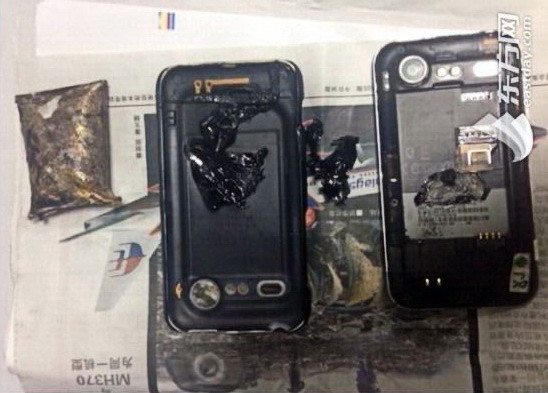 The picture above pretty much speaks for itself, as the device’s battery seems to have simply blown up. I can’t exactly tell what model it is, but it looks maybe like a HTC HD 2 or HTC HD7, in any case on older HTC device. Luckily no one got hurt and HTC took a stand and said that they are sorry about what happened at the subway and the abnormal cellphone functioning. They’ve had contact with the user affected by the explosion and they’re trying to understand the reason of the incident.

If you ask me, it’s either regular overheating gone to extreme, an improper charger being used or a battery that wasn’t supposed to go inside this HTC model. We’ve heard about iPads or iPhones causing fires on planes or at Vodafone stores in Australia, so maybe this is a sign that a brand is truly getting popular. Every once in a while there’s a bad “apple”…

Via cnbeta and ithome