The folks of wpcentral must have been having a ball last night during HTC’s debut event for the Radar and Titan models, especially since their hands on video for the HTC Radar model was done with beer in hand. Also, as I kept reading the tweets from the event yesterday, many people were talking about beer… so sweet from HTC’s side. 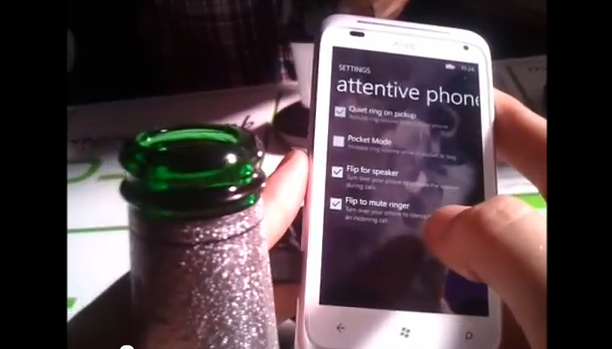 Back to the devices, I can’t help but notice that the HTC Radar doesn’t look as appealing as it did when it leaked as the Omega model on the web. Its back is also very similar to the one of the HTC ChaCha and HTC Flyer tablet, as far as build go, not that it’s a bad thing. Other than that, I can’t spot any amazing features, maybe aside from the 3.8 inch display, that’s an unusual diagonal for any smartphone.

Speaking of unusual diagonal, there’s the gigantic HTC Titan, with a titanic display of 4.7 inch, but also with an incredibly low resolution for this size: 480 x 800 pixels. When put aside it, the Samsung Omnia 7 looks like a baby device, although the AMOLED screen on it is certainly an advantage. Also, on the Titan I spotted a special Hub/widget for HTC, including the weather, time, a music player and the HTC Watch function.