After seeing an excellent leaked Sprint Diamond ROM, here comes a more average update, meant to hit the GSM Touch Diamond units. The new ROM is available on HTC’s website, right here and comes with a list of fixes you’ll learn after the break. 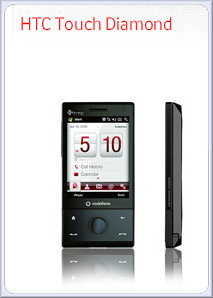 The ROM update solves the issue of the black preview screen, that surfaces when you launch the Camera while the system is working on other programs. Also, some of the users were reporting that during video playback a portion of the image was cut off, so the new ROM also solves this problem.

Music turning mysteriously off during audio playback and sound turning intermittently off as you launch the Music tab on TouchFLO 3D are also two issues that have been corrected through the new software.

Last, but not least, you’ll be able to receive MMS messages while in standby mode, a feat that has had its bugs till now.