Apple’s dirty move on the Friday iPhone 4-related conference was showing the world that some other handset makers have similar problems, when it comes to antenna bugs and reception issues. Thus, we’ve learned that a BlackBerry model, a Nokia and HTC Droid Eris are also plagued by the “grip of death”. 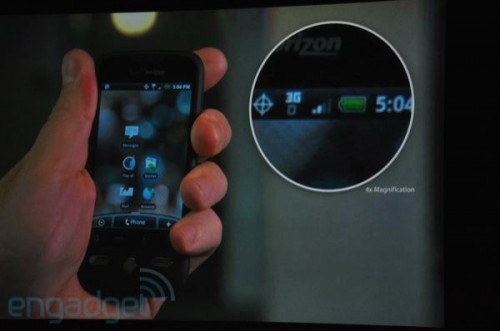 While Nokia and RIM already replied to Steve Jobs’ statement, HTC also found it appropriate to answer the challenge just now. Said grip of doom might be making the Droid Eris drop to zero signal bars, but apparently the percentage of users affected by this issue is minuscule.

Apple claimed that over 0.55% of customers called AppleCare to complain about poor reception on the iPhone 4, but a mere 0.016% Droid Eris owners complained so far. This is what HTC’s Eric Lin told Pocket-Lint as a reply for Apple’s figures and claims, shown during the conference.