As Samsung is using a neat marketing campaign to advertise its upcoming handset, that will be revealed on June 15, HTC also some something in stall for us. Turns out that on June 24 we’ll be seeing a little party thrown by the Taiwanese manufacturer in London. 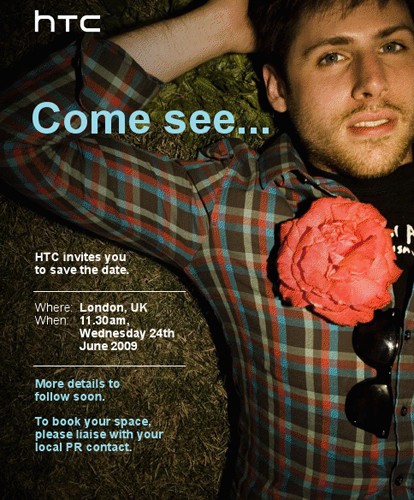 Beginning at 11:30 AM local time, the event reminds us of the one that saw Touch Diamond getting launched over an year ago. It’s highly likely that this year’s show will be all about HTC Hero, the Taiwanese company’s third Android phone, using a customized Android interface.

I, for one would like to see HTC Touch HD 2 launched on June 24, but it might be too early for that.