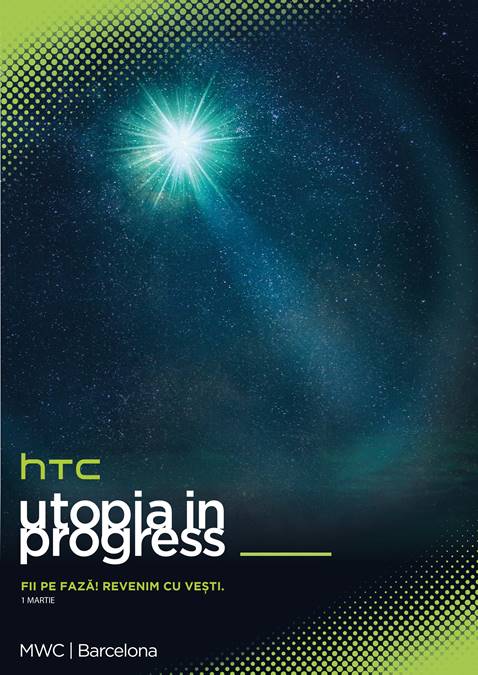 After leaks, speculations and concepts, the next HTC flagship pretty much became real today, as HTC started sending out invites to its debut event. Known as HTC One M9, HTC M9 or codenamed HTC Hima, the product will debut during a special event held in Barcelona, during MWC 2015.

The invitations sent to the press have a cosmos theme to them and the tagline “Utopia in Progress”, with the U and P on top of each other, maybe hinting at new Ultrapixel innovations. Also notice how the two “O” letters are on top of each other, like a dual camera of sorts. Anyway, the device debuts earlier this year, after the HTC One M8 took off on March 25th.

The smartphone will be unveiled on a Sunday, just as MWC 2015 starts and the doors of the event will open at 3.15 PM CET, for a 4 PM start of the event. This handset’s last AnTuTu leak mentioned a 5 inch Full HD screen, a Snapdragon 810 processor, 3 GB of RAM, a 20 megapixel back camera and a front 13 MP cam.