Yesterday in London HTC revealed the brand new Sensation 4G phone also known as just the HTC Sensation in some parts of the world. Well, this 1.2GHz dual core smartphone was previously leaked as Pyramid, but that didn’t decrease the excitement of the folks in the same room as the HTC official doing the announcement. 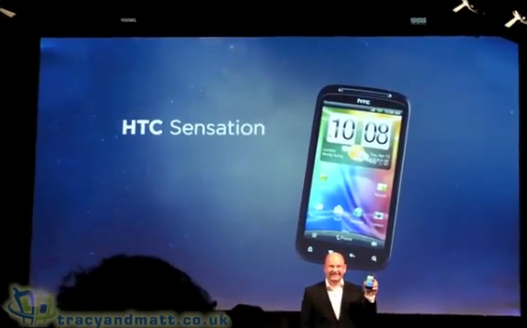 You can find extra details below, in the video and get a taste of good PR and how to make a good keynote and announcement. HTC Sense 3.0 UI is also demoed, as well as HTC Watch, the new app and service allowing you watch TV shows and movies on your handset, courtesy of the Taiwanese company and its partners.

What’s cool is that HTC Watch also allows you to watch content, even if its download is not finished yet. About 20 minutes of fun are available below and this has got to be one of the hottest Android phones of the moment, thanks to its unibody design, 8MP camera and original metallic frame.