We already know the two main smartphones that will take part in a duel this summer: Samsung Galaxy S II and the HTC Sensation. The latter just surfaced on Amazon Germany, priced at 599 EUR, or $855, if you want conversion. This is higher than the price that the same retailer asks for the Galaxy S II: 549 EUR. 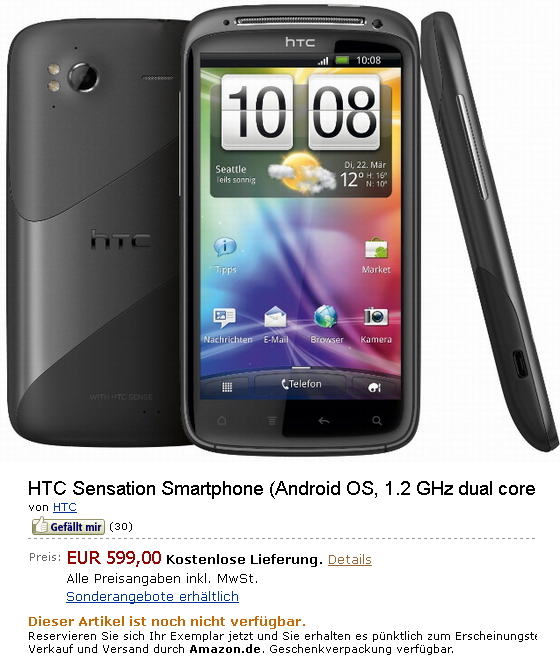 Too bad that there’s no release date associated with this price and if you want an alternative, there’s always Vodafone UK, offering the Sensation from May 19th. The handset will be available for free on contract, probably paying 35 EUR a month for the privilege of owning the phone. HTC Sensation runs Android 2.3 using a 1.2GHz dual core processor and it also comes with HTC Sense 3.0 as the UI and a 4.3 inch qHD display.

There’s also an 8MP camera with 1080p video recording on board and it’s pretty hard to separate the Galaxy S II and the HTC Sensation right now… Benchmarks have given us the winner and it seems that the new Samsung has a slight upper hand.