If you’re anxious to learn what Windows Phone 7.5 Mango will be all about, then May 24th is the day to look out for, since on that date Microsoft has an event scheduled, meant to preview the new OS. As far as we know, no handset has been confirmed for announcement, but given the recent leaks of HTC devices, I wouldn’t bet on the lack of new smartphones at the event. 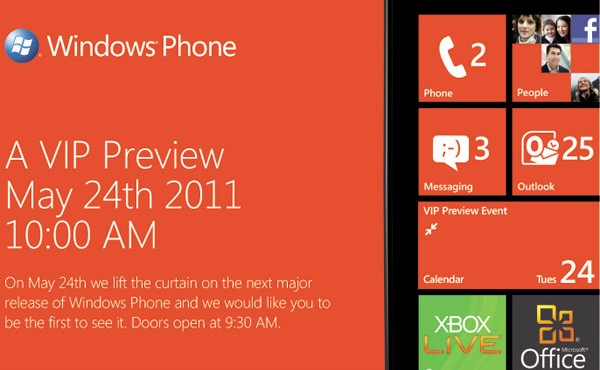 Also, it appears that Samsung has an event scheduled in New York on the same day… is it a coincidence, or should be expect a successor to the Samsung Omnia 7? As far as Mango OS is concerned, the Windows Phone update will come with a new version of Internet Explorer Mobile, Bing Audio, that will act like Shazam and Bing Vision, supporting optical character recognition and barcode reading.

Also, Bing Maps will get turn by turn voice directions and there’s a native podcast player, according to recent leaks.