HTC has recently sent out invites to all journalists in the gadget/telecom biz, with the mysterious “Come and see what HTC has dreamt up” tagline. It refers to an event set up by the company in UK on 15 September and all odds are that we’ll witness the debut of HTC Desire HD on that date. 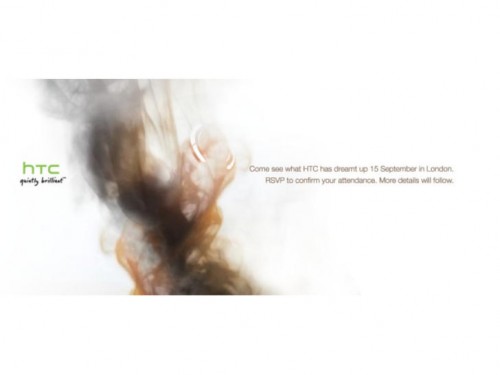 Also known as HTC Ace, this Android handset was recently leaked on the web and it looks pretty neat. Other speculations claim that HTC could also premiere a Windows Phone 7 device, like the HTC Mozart or Schubert, although last we learn WP7 was coming in October, at least in the UK.

A third (and less likely option) would be a tablet release, but we would have received hints about it by now…