The iPhone has a really powerful competitor in the Netherlands, as HTC Touch Diamond is selling better than Apple’s latest release. Until now, popularity has been the factor which propelled the iPhone’s sales, but HTC Touch Diamond managed to surpass it without being so much looked up on. 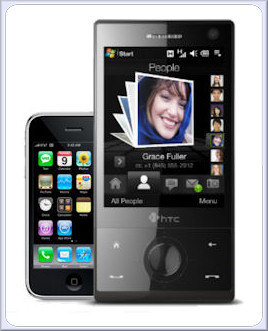 The advantage of HTC’s phone might have been the compact design which is unusual and very much different from that of other smartphones. Still, the device manages to pack a 3D impressive interface, Windows Mobile 6.1 and only 11.5 mm in thickness.

HTC has all chances of going over 100 000 Touch Diamond sold phones by the end of the year, whereas the iPhone’s sales have been dropping and might reach that number only during the course of year 2009 in the Netherlands.