After checking out HTC Touch HD2, formerly known as HTC Leo in O2’s catalog, we’ve  just received word that the handset will also make its way to T-Mobile. The picture below proves this and there’s also an anonymous tip, received by the folks of coolsmartphone to strengthen the rumour. 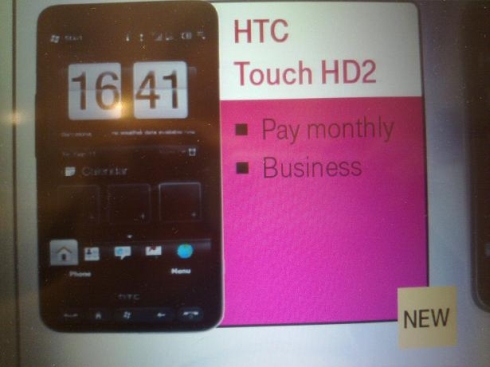 No specs will be changed and they have no reason to be… I mean, who’d want to replace a 1 GHz CPU, a 5 megapixel camera and a very hot 4.3 inch capacitive touchscreen display. We ARE talking about the sexiest Windows Mobile phone yet and a worthy successor to HTC Touch HD.