HTC’s plans for 2010 are all about Android, as far as we know, but they haven’t quit the Windows Mobile game just yet. What we’ve got on our hands right now is a fresh render of the HTC Trophy handset, that you can check out below. 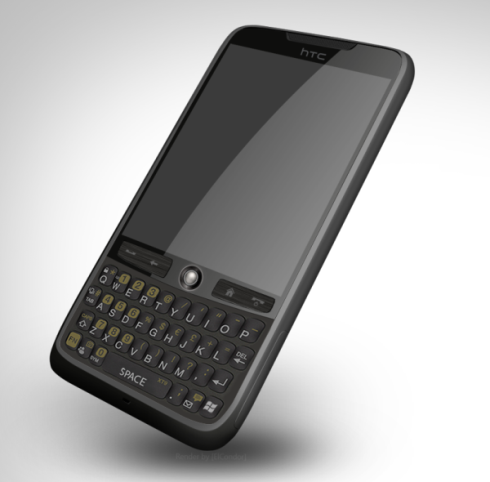 This Windows Mobile 6.5 candybar’s picture was created in Photoshop by xda-developers member ElCondor, who did a pretty neat job with it. The device packs a 3 inch VGA capacitive touchscreen display, a full QWERTY keyboard, a Qualcomm MSM7227 600 MHz processor and a 5 megapixel autofocus camera.

The smartphone’s specs list also includes WiFi b/g, Bluetooth 2.1+EDR, dualband (900/2100) WCDMA/HSPA and quadband GSM/EDGE connectivity, plus a microSD card slot and a G-sensor. 512MB flash and 256MB RAM are also on board, as well as a 3.5mm audio jack and microUSB port. HTC TouchFLO 3D UI handles the interfacing aspect and we’ll probably see this little beauty making the rounds at MWC 2010.