Antoine Brieux designed a beautiful concept phone, the HTC Tube, that’s a modular smartphone, so it can be upgraded anytime you want to. It’ll have a basic version, with a 800MHz CPU, Android 2.2, but that can be enhanced thanks to cartridges, that bring it up to 1.5GHz (dual core) and provide support for dual OS (WP7/Android 2.2). 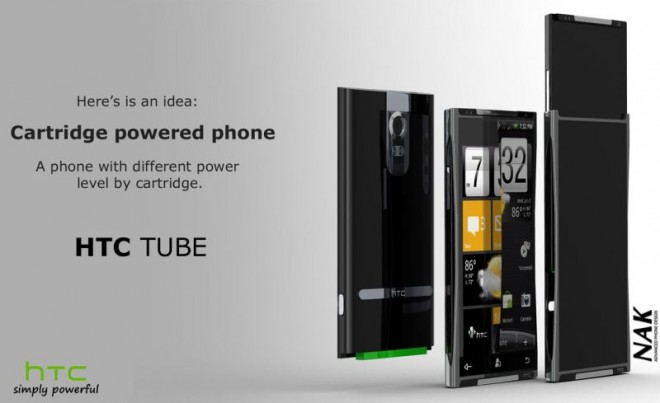 The handset can get 64GB of internal memory, once again via cartridge and the best version of the HTC Tube is the Ultimate, coming with a 12MP megapixel camera with dual LED flash and 1800 mAh battery. There’s also a Starter Edition and a Smart edition, the latter with a 1GHz CPU, but the most impressive aspect of this handset is the huge 4.65 inch display (S-AMOLED, multitouch, 16:9).

This turns the phone into a genuine tablet, since it would be too big for the average user’s palm. Its features also include HTC Sense, 1GB RAM and a 1080p video capture, of course in the Ultimate version. The difference in weight between the better specced unit and the lower end one is a mere 30 grams, so these cartridges are a really great solution. 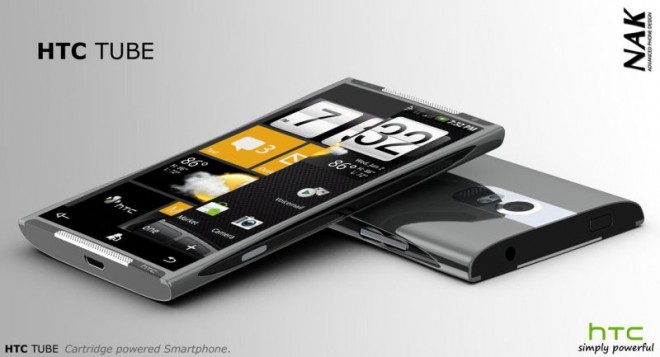 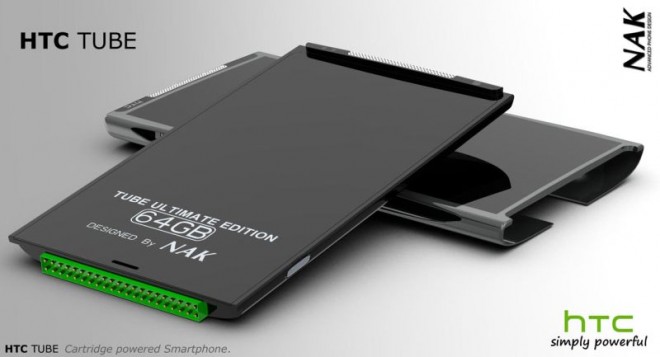