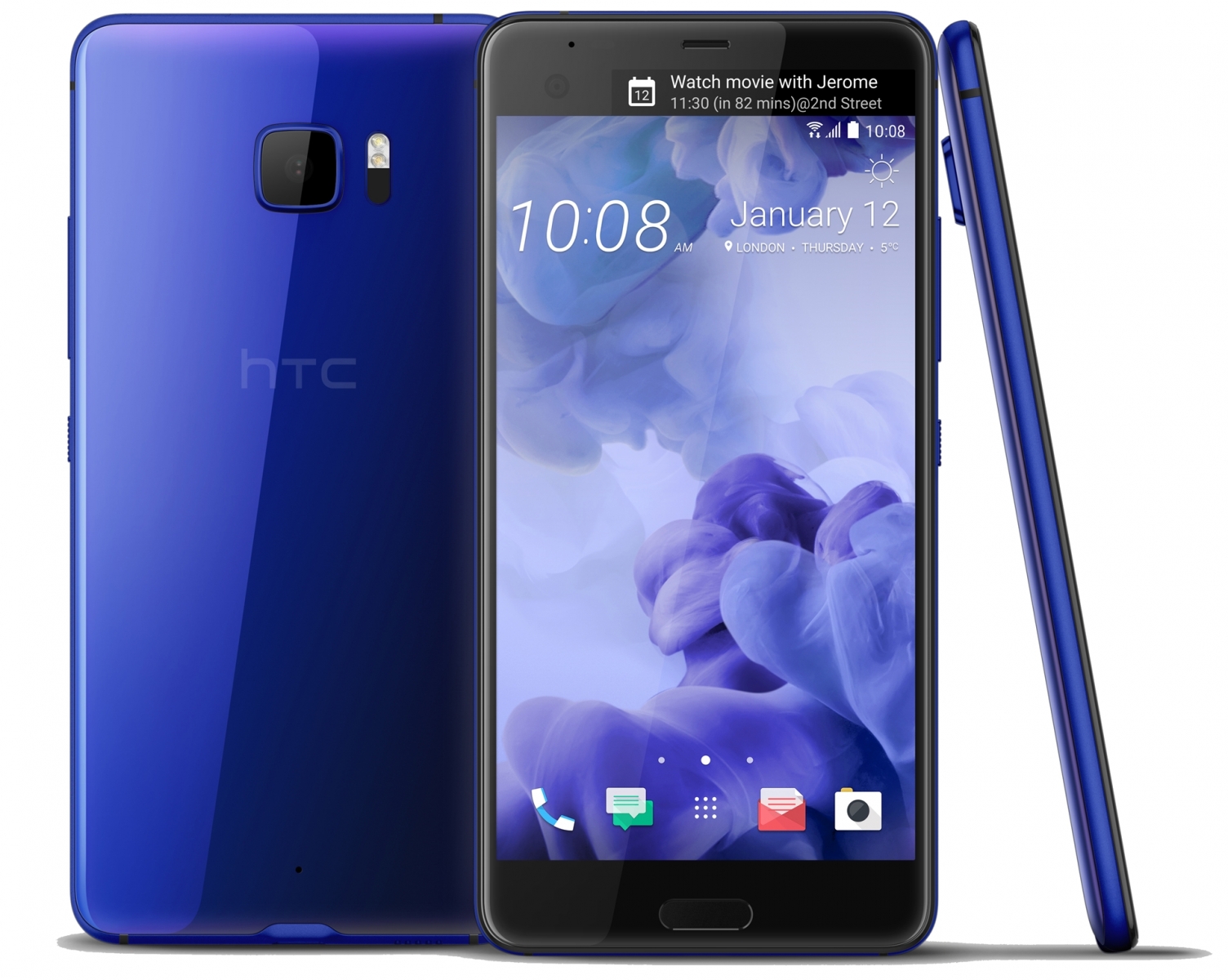 The big day is here and HTC U Ultra is finally official, after being announced by HTC during a live streamed event. The device has been long expected, since it’s considered to be related to HTC Ocean, the biggest leak that HTC had over the past years. It comes with a design approach called Liquid Surface and we learn that engineers spent countless hours to come up with the materials and approach. 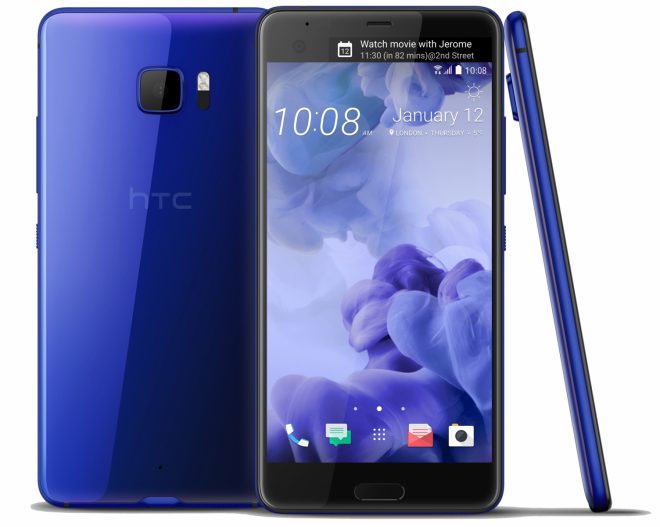 HTC U Ultra has a front and back glass panel and its design feels a lot like the one of the Galaxy Note 7. The standout point here is the secondary screen placed above the main one, which we’ve also seen on the likes of LG V10 and V20. Other than that we get an unibody case with a metal frame and 2.5D glass panels (which HTC calls 3D, so they’re special apparently). A different version with sapphire glass protection will be released later this year. 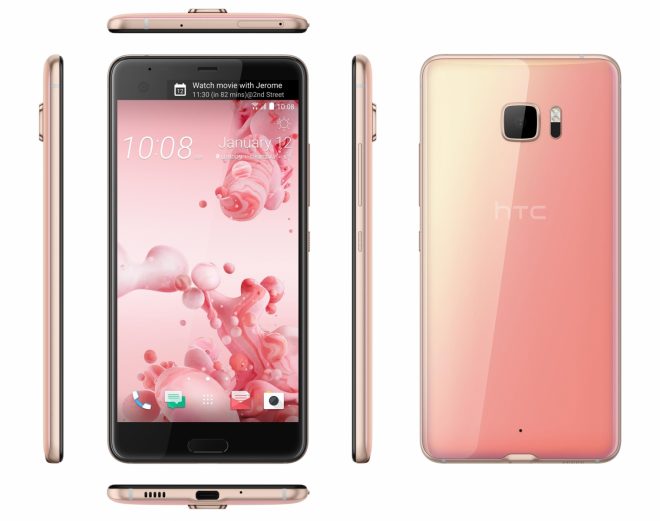 As far as hardware goes, the phablet offers a Quad HD 5.7 inch screen, while the secondary display provides a 2 inch diagonal and a resolution of 1040 x 160 pixels. That panel will show notifications, shortcuts to your fave apps and a music player, plus the favourite contacts. Other specs include a powerful Qualcomm Snapdragon 821 processor, 4 GB of RAM and 64 or 128 GB of storage, as well as a microSD card slot.

There’s a 3000 mAh battery in the mix, that doesn’t sound impressive, but at least it comes with Quick Charge 3.0. An USB Type C port is here, also serving to connect headphones, since there’s no longer an audio jack in the mix. We also receive a pair of Usonic headphones bundled, by the way. BoomSound speakers and HiFi acoustics are included, plus 4 microphones. 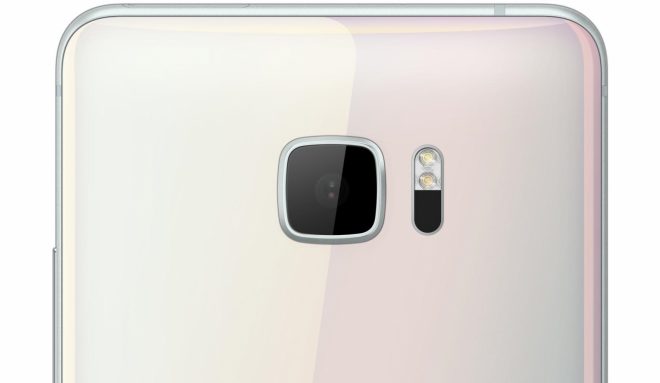 We expected something special here, maybe even a dual cam, but what we got is a singular, but still brand new UltraPixel 12 megapixel sensor. It’s similar to the one of the HTC 10 and brings optical image stabilization, F/1.8 aperture and laser focus. 4K video is also available, plus selfies are taken with a 16 megapixel shooter placed upfront, that also includes an Ultrapixel mode, taking 4 MP shots with bigger pixels.

The main novelty here is clearly HTC Sense Companion, a virtual assistant, that’s supposed to learn from your behaviour and provide recommendations and suggestions based on your preferences. The smartphone can be unlocked via voice command, but there’s a variety of other functions to activate via voice. This model runs on Android 7.0 Nougat with HTC Sense UI on top. 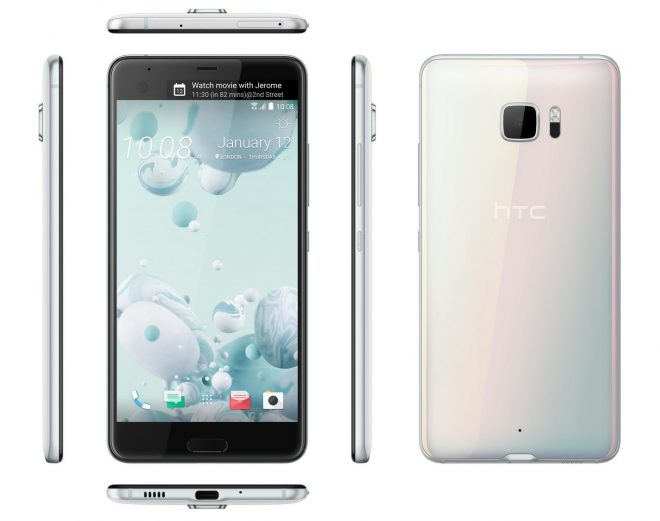 HTC U Ultra will be available in USA from today, via HTC.com, priced at $749 for the 64 GB model. Color choices include blue, black, white and pink and a future 128 GB version with sapphire glass will also come later. 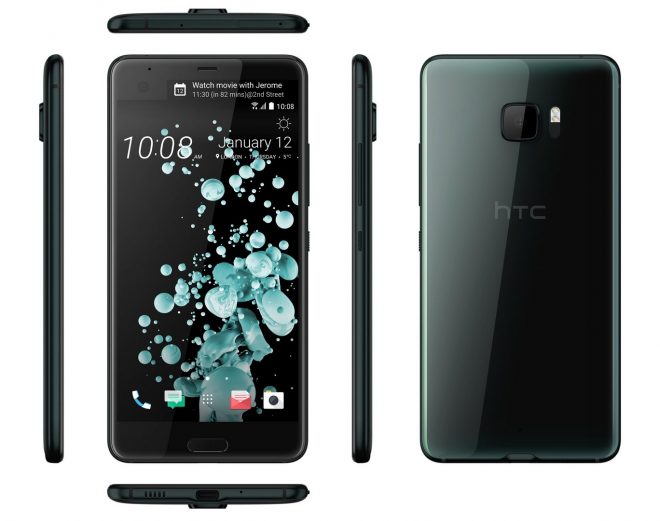