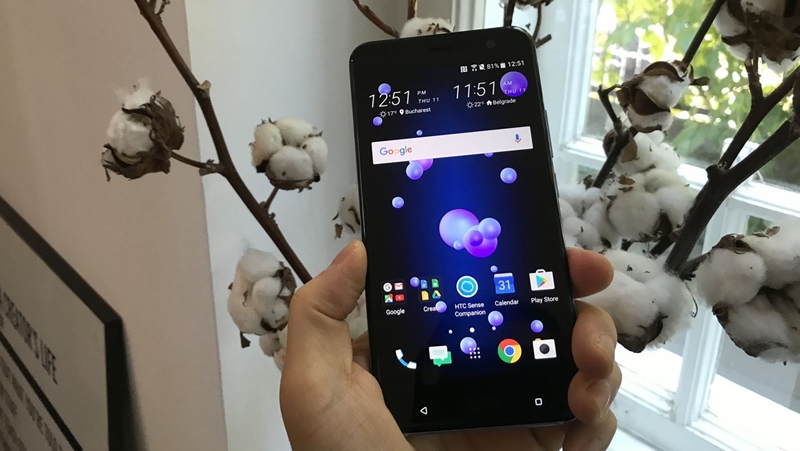 HTC U Ultra spurred some mixed feelings in us, so that’s why we’re pretty interested in the HTC U11. This 2017 flagship just debuted and we’ve already scored a hands on experience of the device. As you’ve probably heard, the device stands out through its squeezable frame. Let’s see what that’s all about. 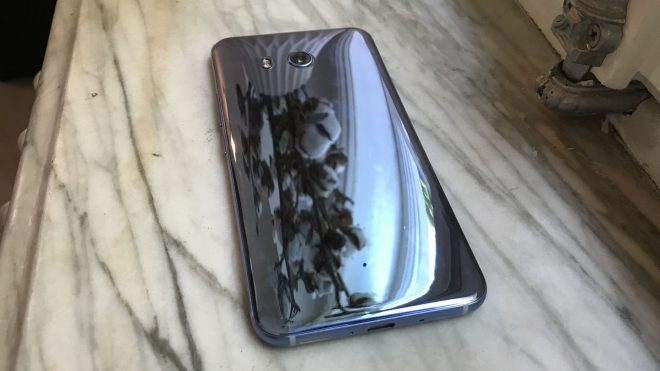 So, I’m not going to list specs, as they’re just as rumored, maybe except for the fact we get 4 GB of RAM in lieu of 6. Other than that, the design is reminiscent of the HTC U Ultra, only more compact. It’s still got the “pebble” approach and “Liquid Surface” glass, that catches light in an unique manner. This time HTC also brought on a beautiful red version, that brings me memories of Xmas. 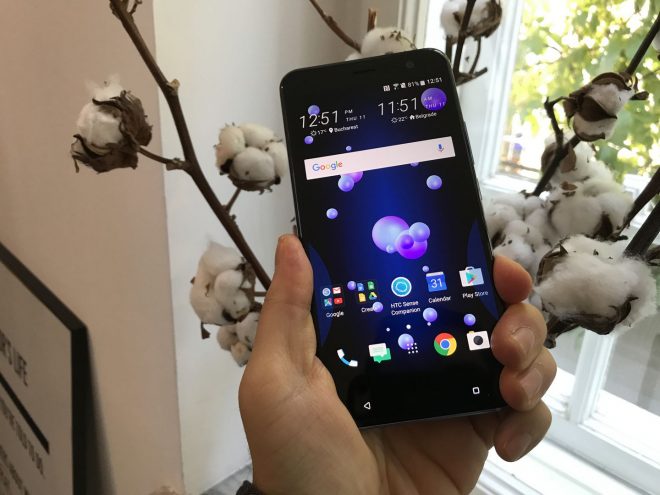 The good news is that the phone is less slippery than the HTC U Ultra, that’s for sure and sits well in the hand. The screen seems pretty bright, or at least so it was at my first contact with it. And now off to the squeeze, the Edge Sense feature! So, the mid to lower portion of the device’s sides can be pressed harder with your hand in order to activate features or apps.

Squeeze it hard, you’ll trigger the flashlight, squeeze it once fast and the camera is triggered. Those can be set up for activation either with the screen on or off. At first, you may be baffled by this squeeze, but it’ll come natural as you use the device longer. We also get a visual queue when the squeeze happens, so that’s nice. Of course there are also settings for it. 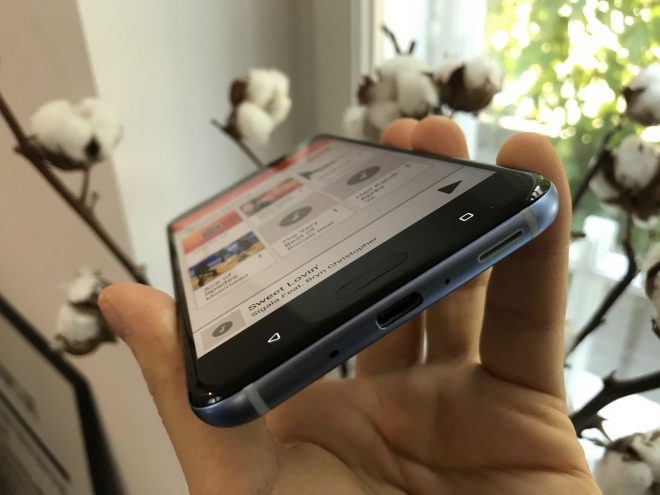 HTC also brags about the fact that this new gesture is very useful underwater, because yes, the phone is now waterproof and dust proof. It’s actually the first HTC flagship with this attribute. It keeps the camera setup from the HTC U Ultra, a 12 MP main camera and 16 MP front shooter, but the F/1.7 aperture is finally in line with the rest of modern flagships.

We couldn’t test the camera, but if it’s like the HTC U Ultra’s, it should be quite solid. If it’s better, the sky’s the limit! HTC U11 also comes with some nifty accessories, like the bundled transparent case, a rag to clean it up and a pair of headphones that offer premium acoustics. HTC claims that this accessory would cost $100 or more separately.

HTC U11 has 4 microphones and offers 360 degree audio capture when filming, plus that U Sonic thingie, that adapts the acoustics to your inner ear. The device emits a series of sounds that return to the handset and can be interpreted to set up the unit. By the way, the HTC Sense Companion assistant is no longer alone, so we can also use Google Assistant or Amazon Alexa here, which is nice to hear.

Overall, I did this design, I totally enjoyed the acoustics (dual speakers and headphones), plus the cameras are promising. The squeeze thing is a gimmick best used underwater, but it’s a nice idea. When everything’s said and done HTC U11 is surely diverse and different from the flagship rivals of 2017. We can’t say if it’s better or worse, just different for now. A review will give the verdict!