HTC has both Windows Mobile and Android phones slated for a 2009 launch and many of them will be unveiled at next month’s Mobile World Congress, held in Barcelona. The codenames of the HTC Windows Mobile handsets set to be launched this year are Maple (Excalibur successor), Willow, Cedar, Thoth, Iolite, Magnet and Whitestone (HTC Touch HD II). 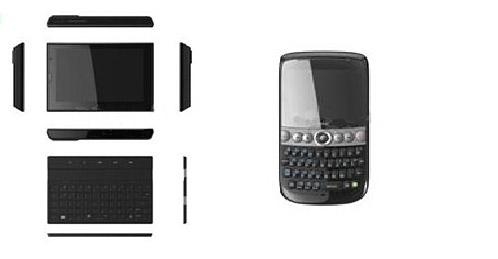 HTC Maple is the successor to HTC Excalibur, which is also known as T-Mobile Dash and this new device comes with a tablet shape and a QWERTY keypad beneath the non-touch display. Maple runs Windows Mobile Standard and is related to HTC Willow and Cedar, which sport much the same form factor, with tiny differences on the specs list.

HTC Thoth is the successor to HTC Athena and comes with the same design: a tablet with a big screen and detachable keyboard. Finally, there’s HTC Whitestone, follow-up to Blackstone, codename for Touch HD. This is a multimedia oriented device that also packs a stand. Last on the list is HTC Iolite, which we’ve discussed the past week, followed by Iolite II (HTC Magnet).