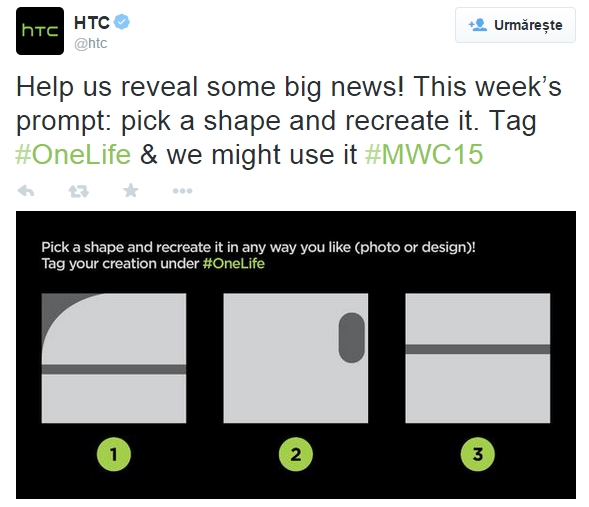 With just a couple of weeks left until the press conference where HTC will unveil its new flagship, today the Taiwanese company reveals a first teaser that gives us a clue about te One M9 smartphone that will be launched on March 1st, the same day where Samsung is also going to unveil its 2015 flagship called Galaxy S6.

Through a post from HTC’s Twitter account, we get to know that the slogan of the new smartphone will be “One Life“. Also, according to some rumours, the Taiwanese producer will quit using the brackets in phone’s name, so the device will be called simple – HTC One M9.

From the specs point of view, One M9 is expected to bring a 5-inch Full HD display, 3 GB of RAM memory, an octa-core Qualcomm Snapdragon 810 processor, a 20.7-megapixel rear camera and a 4-megapixel front-facing sensor for selfies. The BoomSound stereo speakers and the uni-body metallic body will also be included.