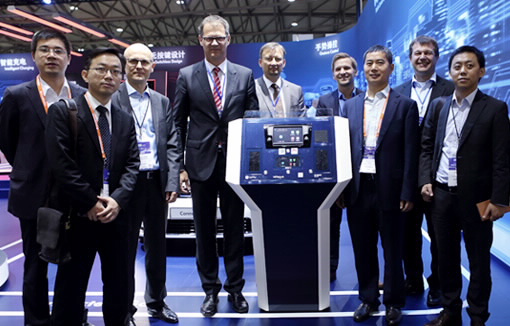 Huawei and Volkswagen announced this week a partnership, that will bring smartphone functionality to vehicles. It will also allow drivers to operate infotainment systems and on board devices without being distracted from the road.

The announcement came during the International Consumer Electronics Show Asia in Shanghai. Huawei and Volkswagen showcased a series of applications that allow drivers to use GPS navigation systems, plus play music and send messages, as well as make calls. All the software comes with MirrorLink, an open technology standard, that increases interoperability between handsets and in car devices.

In the meantime Huawei has also partnered up with Audi, in order to increase its coverage for automobiles. Huawei will be facilitating the integration of MirrorLink technology in Volkswagen cars, with the main cars in the company’s portofolio using it by next year. All the content on the driver’s handset will be shown in real time on the car’s infotainment touchscreen, it seems.

The connected car may be regarded one of the steps part of the Internet of Things initiative, that brings connectivity to as many devices as possible.